* In case of any delay in receiving the OTP, you may verify it later. Please proceed without verification.

Your mobile number is not registered with us. Please register your mobile no.

Not only in its past, but even Thanesar’s present counts importance as a religious city. Right from its location on the banks of Sarsawati Ghaggar river to the beautiful temples constructed from olden times, the city speaks of everything pious when looked at closely. The city tends to derive its name from the words Staneshwar meaning place of god and this also happens to be a very famous temple in the Thanesar itself.

Not just temples, there are sarovars like the Brahma Sarovar which happen to be pure religious sites where peace can be attained in the natural ambience of all this holy. Apart from famous temples and other religious sites, one can even visit gurudwaras which were once visited by famous Sikh gurus and are immensely important for a city so religiously inclined.

Some temples in the city met destruction during the war period by Mahmud of Ghazni. But even after the disasters, they are continued to be looked upon as equally important. As a result they have a great number of worshippers coming from world over to pay homage to the gods and goddesses.

As mentioned above, the city derives its name from that of Stanehswar which also happens to be a famous and a very old temple in the city. The temple sees worshippers of Lord Shiva make their way into the dome-shaped religious space. This very temple holds so much importance that the pilgrims who visit the city each year ensure they stop here. If not, their journey is regarded incomplete when they make their way to the holy city of Thanesar.  Many tales are associated with this temple and Lord Shiva it’s regarded as the place of Lord Shiva also known as Mahadev.

Brahma Sarovar, is another very religious spot in Thanesar city of Haryana. A soothing, quiet water body, the sarovar sees pilgrims take bath and wash away their impurities, both from outside and within. The holy water is meant to be purifying and allows rejuvenation of the body, mind and soul. The time during the solar eclipse sees hundreds of believers come to this part of the city and take a dip in the water. The belief that follows is that during this time all impurities and sins are easily washed away. 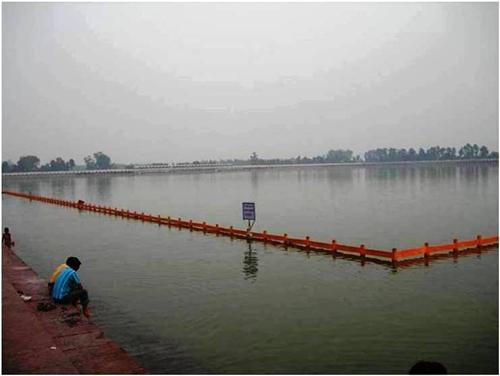 Bhadrakali Temple in Thanesar is visited by devotees to seek blessings of goddess Bhadrakali. Located on the Jhansa road in the city, the temple is regarded highly by the people and has historic connections. The temple is counted among the 51 Shakti Peethas. It is believed that the Pandavas came to this temple after they won the battle of Mahabahrata. Many pious ceremonies are conducted in the temple with people coming from places near and far.

Believed to contain sacred water, Saninhit Sarovar is another ancient and most visited religious spot in Thanesar. The holy water sees people bathing here to wash away their impurities while aarti and other religious activities are conducted to show respect and remember the gods and goddesses. An adobe of Lord Vishnu as it is believed, the sarovar in its vicinity has shrines of Shri Hanuman, Goddess Durga, Lord Vishnu himself along with others. Prayers are held while people are seen to visit this place for memorial services and other customs 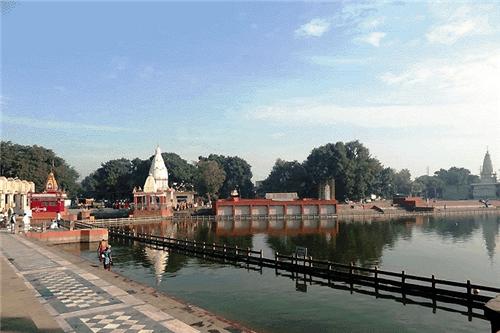 Standing close to the Sheikh Chilli’s Tomb in Thanesar, Pathar masjid remains to be another place of religious value. Established in the 17th century, the masjid is not just a place to worship but one where you can see great architecture. Verses from the Quran can be found inscribed deeply and rightly on the walls of the masjid making it all the more beautiful and religiously upright.

Other Religious Places in Thanesar

Along with the temples and masjid mentioned above, Thanesar has many more other temples and grurudwaras for people to visit. These places like Kamal Nabhi Temple, Gurdwara Dasvin Patshahi, Gurdwara Tisari and Satvin Patshahi and Gurdwara Navin Patshahi make this historic town a religiously significant one. All in all, the aura of Thanesar amidst all its development and progress is still attached to it religious roots and culture it promotes.