Dedicated to Lord Shiva, the temple rests as one of the main and oldest ones in Thanesar. As it’s popularly known, the city is blessed with some of the most famous temples in the state. A part of the same, Sthaneshwar happens to have a lot more connections with the city as it has had a strong past and history to be known. The tales of the temple takes one back to the time of Mahabhrata, when Pandavas prayed to Lord Shiva, seeking his blessings all through their period. Following this, you will find out how the temple is closely associated with the city of Thanesar and even its name is linked to that of the latter. 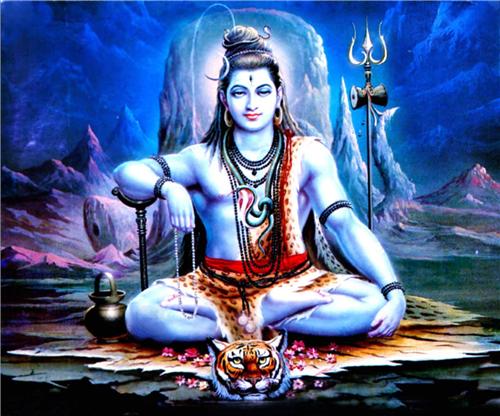 About Sthaneshwar Mahadev Temple in Thanesar

The temple is said to be the ‘Sthan’, place of god and the city derives its name from the same. There is a huge idol of Lord Shiva right as you enter the quiet temple. As one of the oldest temples in Thanesar, it remains well maintained with pilgrims coming from all parts of the country and abroad to pay respect to Mahadev, Lord Shiva. Thanesar, seen as the abode of Lord Shiva, continues to receive blessings from this temple along with the many others present here. It is because of this religious vibe that the town is regarded as not just historic, but a holy one too.

The water that is found in the tanks connected to the temple is also considered to be very holy. Not only is it believed to have cured leprosy but has managed to purify many a souls, most of those belonging to the devotees who trust this water as extremely pious. Lord Shiva has many followers across the region and beyond and that is witnesses seeing the number of people who come.

The architecture of the temple is a simple design with a dome shaped like structure as the roof of it. There is water, the holy water that surrounds the white temple with boundaries made to keep it guarded within the temple premises. You will also find next to the temple, Gurudwara Navi Patshahi, which marks the stay of the ninth Guru Shri Tegh Bahadur. He is believed to have stayed next to the temple and since then the two beautiful sites stay located close to each other.

How to Reach Sthaneshwar Temple in Thanesar

One can reach the Sthaneshwar Temple in Haryana easily through various mediums as it remains well connected. The Kurukshetra Railway Station is just at a distance of about 3km. Taxis and autos can easily be taken to reach the site which is extremely well known. Buses from the city’s bus stand too have direct routes leading to the temple. If one is coming by air, the nearest airport would be  that of Chandigarh at about 80kms and one can book a cab from there or even take the Harayana Volvos and other buses.

Even though the temple and the adjoining gurudwara remain open throughout the year, it is best advised to visit during the winters. The months that fall in between this season are from October to say early March. The temple and gurudwara open early morning otherwise and close around 8.30 pm.