The Battle of Thanesar

The city of Thanesar, resting on the banks of Saraswati Ghaggar River in Haryana wasn’t always a quiet one. During the Mughal Period, certain episodes took place in the city, which are remembered till date. The Battle of Thanesar is one such episode that has been talked about most often when speaking about this ancient city. The battle was fought over a water Qanat, a spring at the time when Akbar was the Mughal Emperor who ruled over this part and more. 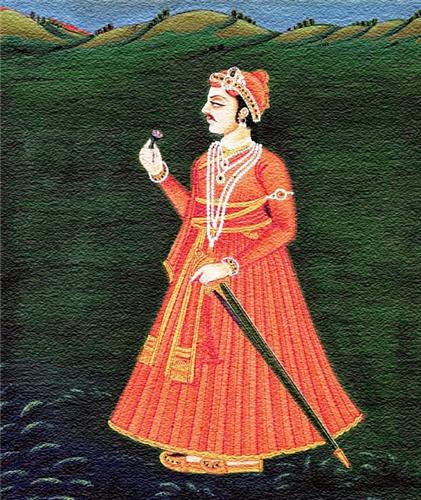 About the Battle of Thanesar

The Battle of Thanesar took place during the time when Akbar, the Mughal Emperor has set up a camp near a water spring, known as Qanat. The camp was set so that Akbar could manage well his forces and there could be a proper utilisation and planning from the spot. The planning was done to take control over the areas nearby thus this according to the Mughal Emperor was an important establishment. The camp was set for quite some time and it was one fine day when a group of Sanyasis, holy leaders came to the site. They were a huge group who walked in this direction, right towards the Mughal army.

While Akbar wanted no such interference for he was busy preparing his army against Udai Singh, Maharana of Mewar and founder of the city of Udaipur, the Sanyasis without noticing or ignoring the same walked straight to the water spring. It was learned that they wanted to drink the holy water of the spring and bathe in it. While Akbar’s army wasn’t pleased the king allowed the Sanyasis to do so for he believed they would leave once the sun set.

Aftermath of the Battle of Thanesar

While the Mughal Camp witnessed interference of this nature, Akbar stayed calm and hoped for the huge group to leave. But soon, there was another group approaching the site and this led to a great fight between the two groups of Sanyasis. To what was seen as a mere quarrel in the beginning led to bloodshed as the two groups began to stab each other. One seeing this disturbance, Akbar ordered an even larger number of his soldiers to take action on the priests. The force that has disturbed Akbar’s planning was lying in bloodshed while his army once again took over of the camp and further went on to charge against Udai Singh at Chittorgarh Fort in Rajasthan.

The event thus goes into the history of Thanesar as an episode which brings together both the Mughals and the Hindu priests. It is believed that Akbar regretted his decision of letting on the Sanyasis stay as this led to a lot of bloodshed. Around 800-1000 Sanyasis were present of which more than 150 are estimated to be killed. The stabbing which started with Kitars, was followed by cannons, 400 matchlocks (firearms), 75 war elephants and bows and arrows aimed at the Sanyasis.

Explore more about History of Thanesar